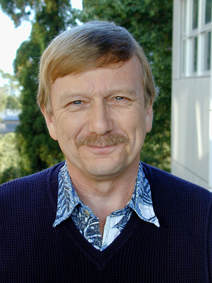 Assessment and World Englishes: English as an International Language and Lingua Franca
James Dean BROWN
This speech begins by discussing the early literature on Global English(es) and language testing. It then briefly summarizes Brown (2014, reprinted 2015), which addressed several areas that the World Englishes community regards as problematic in language testing (linguistic norms, testing cultures, test design, testing processes, and testing in various contexts) and Brown (In press), which examined how the international standardized English language proficiency tests (ISELPTs) (i.e., the TOEFL iBT, TOEIC, and IELTS) present themselves, the definition of English language proficiency, the role of persons in testing English language proficiency (ELP), paths for changing the ISELPTs, and ways that those alternative ELP approaches can be assessed operationally. The chapter then addresses five key questions: (a) What is English language proficiency, really? (b) Why is the so-called native-speaker standard a thing of the past? (c) What alternative models are there to the NS model for ELP? (d) Why is changing the ISELPTs so difficult/slow? And, (e) what strategies might prove useful for effecting change in the ISELPTs?

Professor James Dean BROWN ("JD") is currently Professor of Second Language Studies at the University of Hawai‘i at Mānoa. He has spoken and taught in many places ranging from Brazil to Venezuela. He has published numerous articles and books on language testing, curriculum design, research methods, and connected speech. His most recent books are: Developing, using, and analyzing rubrics in language assessment with case studies in Asian and Pacific languages (2012 from NFLRC); New ways in teaching connected speech (2012 from TESOL); New ways of classroom assessment, revised  (2013 from TESOL); Practical assessment tools for college Japanese (2013 with K. Kondo-Brown & Tominaga from NFLRC); Mixed methods research for TESOL (2014 from Edinburgh University Press); Cambridge guide to research in language teaching and learning (2015 with C. Coombe from Cambridge University Press); Teaching and assessing EIL in local contexts around the world (2015 with S. L. McKay from Routledge); Developing courses in languages for specific purposes (2015 with J. Trace & T. Hudson from NFLRC); Introducing needs analysis and English for specific purposes (2016 from Routledge); and two others that are currently in the works. More about Dr. Brown 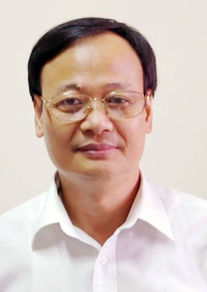 Professor HOANG Van Van is professor in linguistics at VNU University of Languages and International Studies. He received BA in TEFL from the Hanoi Foreign Languages Teachers’ Training College (currently VNU University of Languages and International Studies), Graduate Diploma in TESOL from Canberra College of Advanced Education (currently the University of Canberra), MA in Applied Linguistics and PhD in Linguistics from Macquarie University, Sydney, Australia. He is well-known for his research in the application of systemic functional theory to the description of Vietnamese and to the process of translation. He is general editor and author of the two English textbook series: MoET’s English textbook series for Vietnamese upper secondary schools (currently in use throughout Vietnam) and MoET’s ten-year English textbook series for Vietnamese schools. He has published 14 books and over 70 journal articles and book chapters on functional linguistics, English language teaching, translation studies, and discourse analysis. Hoang Van Van can be emailed at vanhv@vnu.edu.vn or vanhv.sdh@gmail.com 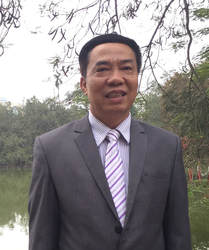 Teaching and Learning Vocabulary: Going Beyond the Textbooks
LE Van Canh
Many researchers have recently realized that the acquisition of an adequate vocabulary is essential for successful second language use because without a sufficiently large vocabulary size, learners will be unable to use the structures and functions they may have learnt for comprehensible communication. On the other hand, vocabulary has been acknowledged as EFL learners’ greatest single source of problems. It is, thus, hypothesized that teachers have the greatest influence on the quality and quantity of the vocabulary learnt by EFL learners. Most of EFL teachers have to rely on textbooks to present vocabulary. Unfortunately, research has revealed serious limitations of textbooks regarding various aspects of vocabulary acquisition. Particularly, most textbooks do not differentiate between frequent, useful vocabulary and infrequent, relatively useless vocabulary.

In this talk, I will argue for the need to supplement the textbook with focused vocabulary expansion activities and these activities need to be a regular feature of lessons. To help teachers to make this happen, I will suggest some practical vocabulary expansion exercises that are easy to use in most of Vietnamese educational contexts.

Associate Professor LE Van Canh is a senior lecturer and researcher in applied linguistics in the School of Languages and International Studies, Vietnam National University, Hanoi. He holds a Masters in TESOL from Saint Michael’s College in the Unites States of America, and a PhD from the University of Waikato in New Zealand. His most recent publications appear in TESOL Journal and RELC Journal as well as chapters to K. Sung and B. Spolsky, Conditions for English Language Teaching and Learning in Asia (Cambridge Scholar, 2014), B. Spolsky and K. Sung, (Routledge, 2015), S. Park and B. Spolsky, Secondary English Education in Asia: From Policy to Practice English Education at the Tertiary Level in Asia: From Policy to Practice (Routledge, 2017), R. Bernard and J. Ryan, Reflective Practice: Voices from the Field (Routledge, 2017). He is also a co-editor (with H. Widodo, M. Perfecto, and A. Buripakdi ) of the book, Situating Moral and Cultural Values in ELT Materials: The Southeast Asian Context (Springer, 2017). His research interests include second language teacher education and language policy and planning. He has been invited to be a plenary speaker at different international conferences, the most recent being in RELC in Singapore and Bangkok in Thailand. 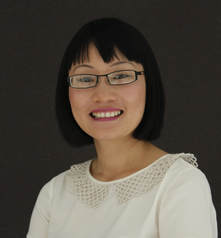 The era of global inter-independence positions English language education (ELE) reforms as a high priority and a key part of social investment, and the human capital priority for the national socio-economic, educational and political developments (Erling, 2014; Erling & Seargeant, 2013). In Asia, the growing economic shifts from agrarian-based to multifunctional economies require young citizens to be equipped with essential skills (Erling, 2014). This includes English as a strategy to address youth unemployment. Driven by the various demands of the globalized market, young people are required to urgently obtain skill sets derived from English to enrich and sustain their stock of employability skills (Aggarwal, 2010; Coleman, 2011; Erling, 2014). However, central to tremendous ELE policy shifts is how these policies prepare university students for the employability capacities needed after graduation.  Recently, researchers concerned with language policies, equity and employability (Coleman, 2011; Erling & Seargeant, 2013; Phillipson, 2012) and leading organizations (British Council, 2014) have moved beyond exploring the effectiveness of ELE policies to actively uncovering the relationship between English and employability in Afghanistan, Bangladesh, India, Iran, Nepal, Pakistan, Sri Lanka, and Vietnam (Bui, Nguyen, Nguyen, forthcoming; Coleman, 2011; Erling & Seargeant, 2013).  This presentation examines the relationship between English language policies and employability in Asia. It also seeks to understand the role of English in facilitating students’ employability capacities in Vietnam, especially in the context of the nation’s massive ELE reforms. The final part of the presentation provides recommendations for improving policies, pedagogies, and practices to promote English as an employable skill for the multifaceted demands of the global job market.

Dr. BUI Thuy graduated from the doctoral program in the U.S. She held a position as a visiting scholar at The University of Sydney, Australia in 2015. She has been working as a Researcher at Van Hien University and Training Quality Manager at VUS. Her main research interests include language policy and socioeconomic equity, neoliberalism and language policy, critical pedagogies, engaged ethnography, youth ideologies and activism, teacher agency, and the interconnection of globalization, language, and multilingual education. She has published journal articles and book chapters on these areas. Email: thuybuihawaii@gmail.com 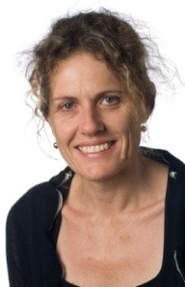 Language and culture: Why they matter for teaching and learning
Margaret KETTLE
The relationship between language and culture has interested many scholars across time and from theoretical and pedagogical perspectives. Leading American anthropologist Dell Hymes argued in the 1970s that the interest really emerged after World War II and was indeed, a discussion about the relationship between linguistics and anthropology. Hymes responded to Noam Chomsky’s distinction between linguistic competence and performance with a theory of communicative competence which included social considerations of language in use. Hymes’s argument was that understandings of competence should go beyond the dichotomy of grammar and use. The idea of communicative competence has been applied to applied linguistics and second language education, notably by Michael Canale and Merrill Swain in Canada. Their model of communicative competence in second language teaching and learning foregrounds grammatical competence, sociolinguistic competence, strategic competence, and discourse competence. These understandings have been powerful influences on classroom teaching, materials development, and assessment. This presentation will explore communicative approaches to English as a Foreign Language (EFL) teaching that have relevance to the Vietnamese context. As Vietnam proceeds with international engagement, preparing communicatively competent graduates to work in EFL contexts will be an imperative for policy-makers as well as teachers and lecturers.

Dr. Margaret KETTLE is a Senior Lecturer in TESOL at Queensland University of Technology, Brisbane, Australia. She teaches second language education theory and practice, and sociolinguistics on the Master of Education (TESOL) and supervises doctoral students in the areas of bilingual education, English for Specific Purposes (ESP) and international higher education.  Her research projects include Australian Research Council grants investigating online English language learning in China and migrant English programs in Australia. She has published widely in journals such as the Asia Pacific Journal of Education, the Asia-Pacific Education Researcher and Discourse: Studies in the cultural politics of education. Her recently published book is titled International student engagement in higher education: Transforming practices, pedagogies and participation (Multilingual Matters, 2017).  More about Dr. Kettle 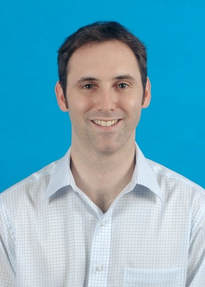 Incorporating 21st Century Skills in Teaching Young Learners English
Justin KAYLEY
In the 21st century, the world is changing fast. Virtually every aspect of the planet, from the environment and technology to the economy and politics, is rapidly becoming more interconnected and complex than ever before. As the global lingua-franca, English will not only become more important, but it will also be used in new ways. The implication for the young learner classroom is that English can no longer be taught in a traditional method-our classes must also foster the new skills, such as global citizenship, cultural values, and an active learning approach. This workshop will explore the impact of a changing world on our students and ways to incorporate 21st century learning skills into classes for young learners.

Justin Kaley has been actively involved in the ELT field conducting research, aiding schools in curriculum development and design, and training language instructors in various levels of instruction from kindergarten to the tertiary level. He holds a Master’s Degree in Applied Linguistics from Columbia University Teachers College and a Bachelor’s Degree in International Relations and Spanish from Tufts University. He has delivered both face to face and remote workshops to thousands of teachers of young learners, teens and college students across Asia, including in China, Vietnam, Taiwan, Japan, Korea, Hong Kong, Malaysia and Indonesia. In 2010, Justin joined National Geographic Learning, a part of Cengage Learning, where he serves as Regional Teacher Trainer, and continues to have a passion for both language teaching and learning. Email: justin.kaley@cengage.com.